8bitDo makes controllers in the style of and for use on retro gaming systems. They recently released two Sega Genesis models, both named M30. One "2.4G" which comes with a Genesis dongle for $25 on Amazon, and another which uses standard bluetooth for $30. The genesis bluedooth dongle is another $20, and allegedly has latency issues.

Firmware on 8bitdo's website is for M30 bluetooth, NOT for M30 2.4G. Many folks have had issues connection drop with the 2.4G model, but 8bitdo does not list firmware on their website. Thanks to videogameobsession's video and hosting the files originally, which is where I got my copy from. 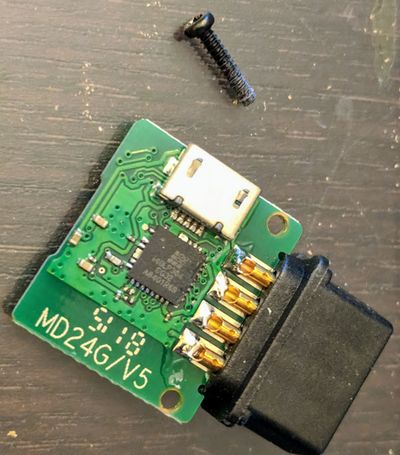